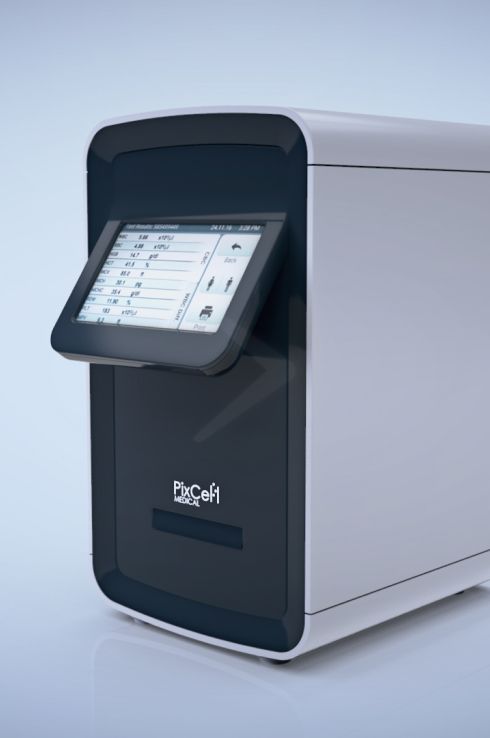 Want to learn more about PixCell? No problem - fill in your details below and our team will be in touch!

Thank you
for getting in touch!

We appreciate you contacting us. One of our
colleagues will get back in touch with you soon!Have
a great day!

Hematology: Back to Basics

Blood is made up of several components: plasma makes up about 55% of blood content, with the other 45% consisting mainly of red blood cells (RBCs). Together, white blood cells (WBCs) and platelets make up less than 1% of the blood. Circulating through the body and supplying essential nutrients to the cells, such as sugars, oxygen and hormones, the blood also transports metabolic waste products away from the cells.

The fluidic part of blood, called plasma, contains essential proteins, sugars, fats, hormones, mineral salts and vitamins. Red blood cells, also called erythrocytes, are disc-shaped cells that carry oxygen in their hemoglobin centers from the lungs to the tissue and carbon dioxide back to the lungs to be exhaled, making them critical components of healthy bodily functioning. White blood cells, also called leukocytes, are a key component of the body’s immune system and protect against diseases, fighting viruses, bacteria and other health threats that enter the body. Platelets, also known as thrombocytes, are small cells formed in the red bone marrow that help the blood clot by aggregating and occluding at the point of injury.

The Complete Blood Count (CBC) test is the most common laboratory hematology analyzer test conducted worldwide. It measures the production of blood cells, gives information on essential components of the blood, and identifies a patient’s oxygen-carrying capacity. Specifically, red blood cells (RBCs), white blood cells (WBCs), and platelets are analyzed. These tests are valuable in detecting and diagnosing certain diseases such as anemia, blood cancers, infections, hemorrhages, allergies, and immunodeficiencies, as well as monitoring side effects of specific drugs or treatments. Evaluating and interpreting the results of the CBC is critical to providing patients with the highest quality care.

Example sub-tests of the CBC:

Enhancing your understanding of this hematology analysis report is critical for providing quality care to patients. As the most commonly performed laboratory test, the CBC delivers information about the production of all components of the blood and evaluates the patient’s oxygen carrying capacity and immune system functioning. The sub-tests are helpful in detecting and diagnosing a myriad of conditions and medication side effects.